I went back to my package design for my sticker sets. Very small!
I messed up with the planning and they're a bit smaller than I needed (or rather, the exact size I planned, which mean that the 'actual size' image is too small. Woops.) but luckily I can still make them bigger while fitting two on a A4 sheet. 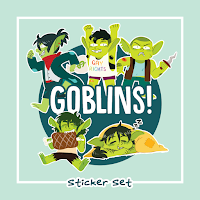 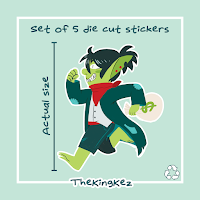 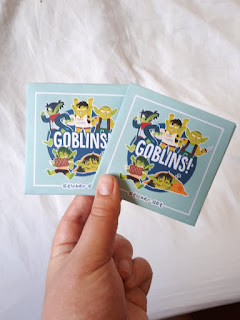 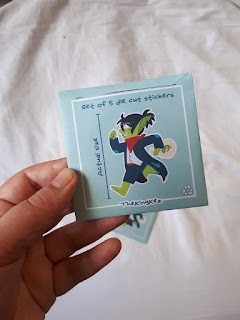 I was also experimenting with how they close, which was either gonna be a flap tucked into the top, or into a slit. The slit is more troublesome to make, but altogether makes the closing nicer, so I'm gonna go with that.

I got a commission this week for a couple of DnD character illustrations. I was working from mood boards rather than reference, so I had a bit of free range and in the end they were super fun to do! 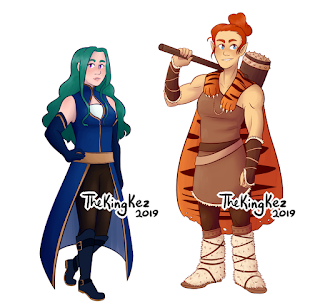 And lastly, a little roundup of sketchbook stuff (that second page is mostly me planning for designing to do lists, which is something I'm super keen to do! Still just doodling for now tho.) 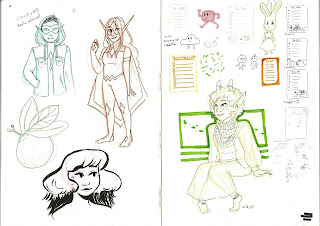