SheRa season 2! Here's a sketch of Entrapta I did while watching. 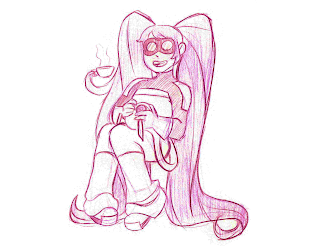 I wanna finish another comic before Chromacon, so I'm focussing on Haunt.d, since it's already semi-written. I went over the old character design for Goth Girl (now Blaire) and re-did Jock girl (now Anika) to be more in line with her character. 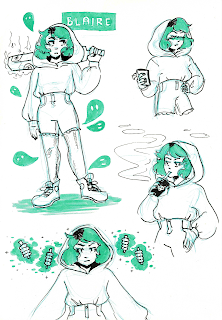 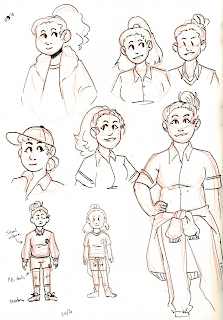 I've also been scripting and thumbnailing the actual comic, which is a lot of work with very little visuals. Alas.

I also tried drawing a new, more realistic icon. But I don't like it. So it's just gonna be here instead.

Aand I finished these beach kids I started a long while ago. They're friends! 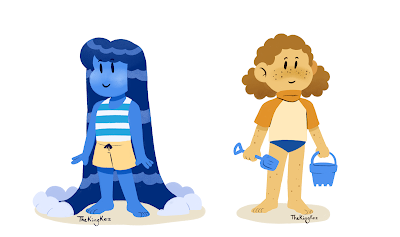 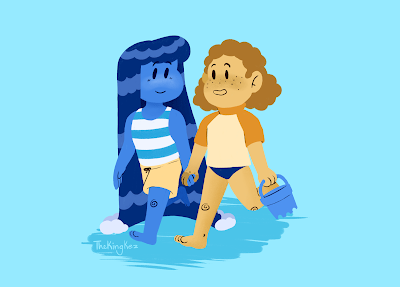 Here's the rest of my sketchbook for this week: 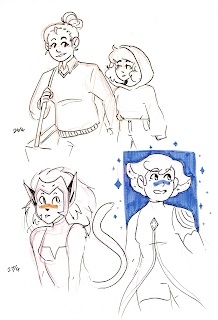 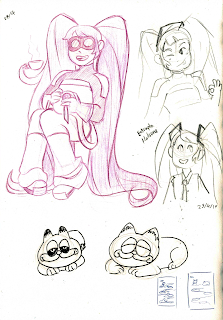 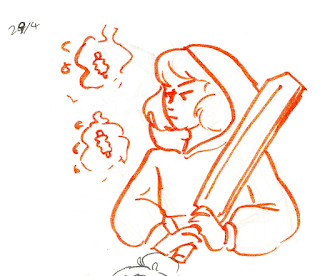